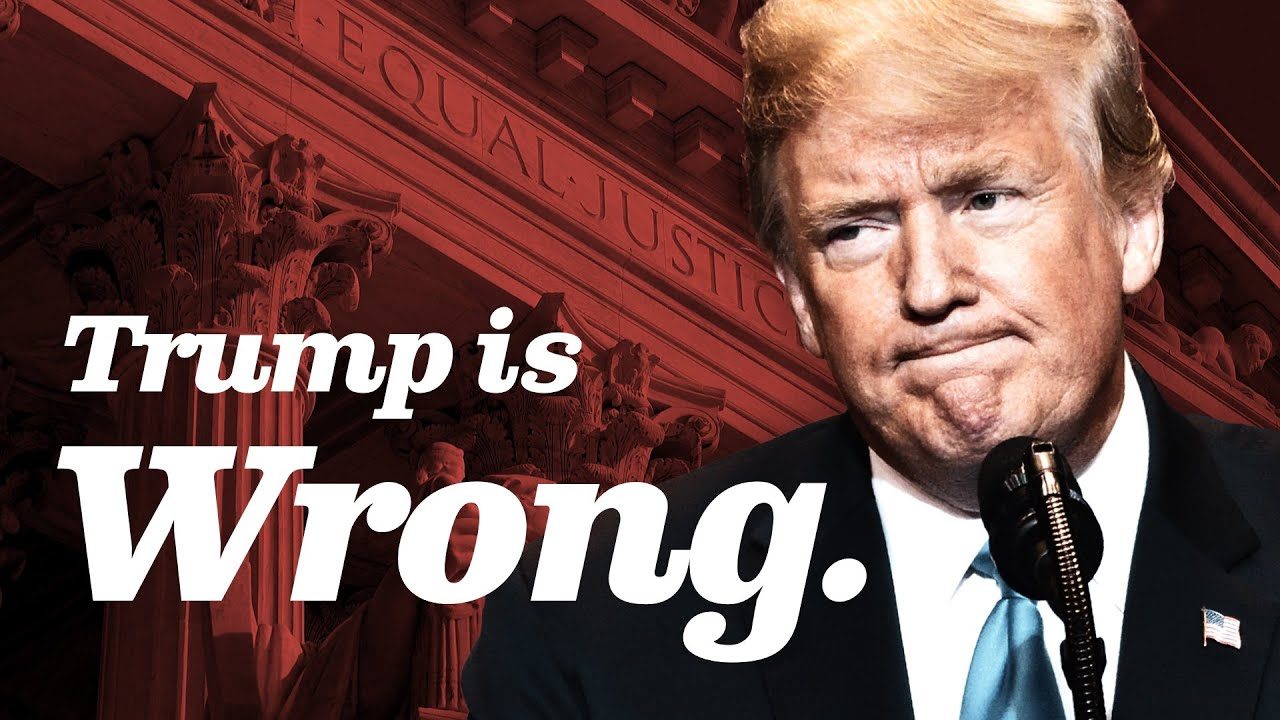 President Trump is not above the law.

A foundational principle of our democracy is that everyone – from ordinary citizens to the president – must follow the law. But President Trump and his lawyers are playing a shell game with the states, Congress, and the courts. Whenever one entity tries to hold the president accountable, he insists that only another entity can do so, but then turns around and claims that the second entity has no power over him, either. Examples of this strategy are compiled here.

President Trump’s arguments fundamentally undermine the system of checks and balances designed by the framers to ensure neither the president, nor Congress, nor the courts could have unlimited power. And when put together, they create a world in which presidents are immune to all accountability.

The goal of The Presidential Accountability Project is to expose the danger President Trump’s posture poses to the future of American democracy. And, indeed, with the Court’s rulings in Trump v. Vance and Trump v. Mazars/Trump v. Deutsche Bank, the Court has finally recognized President Trump’s dangerous shell game and repudiated his reckless disregard for the Constitution and rule of law.

To use the words of Chief Justice Roberts writing for the majority in Vance, the highest court in the land has affirmed that “a king is born to power and can ‘do no wrong.’ The President, by contrast, is ‘of the people’ and subject to the law.”

Protect Democracy and Republicans for the Rule of Law have partnered to remind President Trump that he is not above the law, and that he is subject to both congressional and judicial oversight – just as our Founding Fathers intended.

How the Shell Game Works

In re: Don McGahn

Congress wanted to subpoena the former White House Counsel, Don McGahn, to question him about…
Read More
Against the States

Mazars is an accounting firm that does taxes for Donald Trump and his companies. Congress…
Read More
Against All Accountability

When President Trump sought to block oversight by Congress in the Mazars case, by the…
Read More